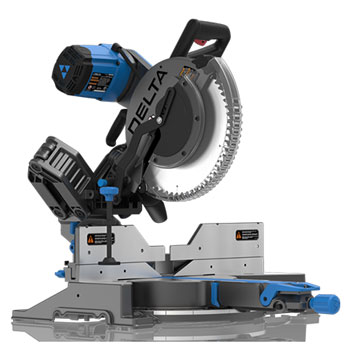 Delta has created a cruzer miter saw with a dual bevel sliding system, giving a solid option to both the professionals as well as those that have a miter saw use a few times a year. With a 12 inch blade, this miter saw is corded with 120 volts and a 15-amp motor with belt drive. The soft start and aluminum made with saw arm design makes it a powerful choice for its user. Weighing at 57 pounds, the 18-inch cross cut capacity and 10 detent positions all work together to bring a solid miter saw with both its benefits and areas of improvements that should be considered before purchasing.

Read on to find the list of the most popular sliding compound miter saws ever.

The Delta Dual-Bevel Sliding Cruzer Miter Saw is a heavier saw built to handle larger projects and not intended to go from room to room and job to job. With a well-though-out dual bevel system, Delta Cruzer Miter Saw does not make any major torque movements. This heavy-duty miter saw could be considered military grade. Even with its improvement areas, such a solid and sturdy power tool can be used to create a variety of pieces.