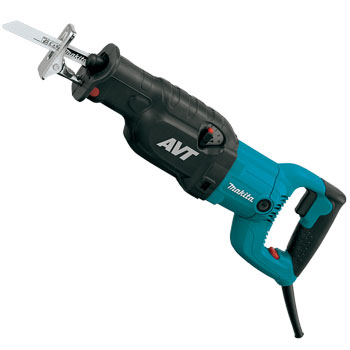 Makita reciprocating saw has some great features that makes their tools some of the best in its category. With 2800 strokes per minute, the user can power through wood, metal, plastics and so much more. Makita’s AVT reciprocating saw is an exclusive counterbalance system that was created to reduce vibrations. Makita is bringing innovation with power and performance and the AVT counterbalance system gives more than efficient cutting power. The four-position orbital gives straight cutting action that works for general contractors, metal fabricators, remodelers and builders. There are a few things about the reciprocating saw that should always be considered such as battery power. Keeping a back-up battery fully charged will come in handy to complete those tougher, longer jobs. Overall, the Makita reciprocating saw is a reliable tool that can will not disappoint.